Flat Earth Mapping is a boutique Australian mapping company providing custom maps and digital cartography services to a wide range of clients. Established by cartographer John Frith in 1998 to create custom-made travel maps for the publishing industry, Flat Earth Mapping has continued to grow and evolve, and now employ a range of data sources and software techniques to create accurate, attractive and up-to-date, custom-designed maps of all kinds, including for; 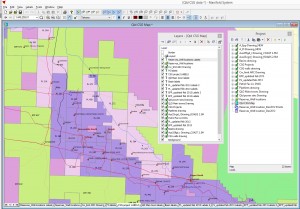 What is geospatial data? Broadly speaking, geo means ‘the Earth’ as in geography, and spatial refers to a location ‘in space’ represented by coordinates. Geospatial data is a huge part of everyday life because almost every business activity, every public and private asset and every event or action occurs somewhere on the planet, and can therefore be stored as 3-dimensional spatial data with x,y,z coordinates defining its exact location in space.

The job of a cartographer is to effectively display this data in a graphic format, making it easier to interpret and accessible to a wide variety of users for countless different purposes. See our Custom Maps page for more information on spatial data and how it is used. 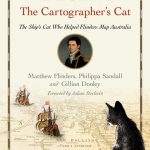 May 2019:   Trim, the Cartographer’s Cat
After her book ‘Seafurrers’ featuring stories from history about ship’s cats who lapped and mapped the World, author Philippa Sandall has created a beautiful little book about the story of one of Australia’s greatest maritime explorers and his loyal mate Trim, the cat. One of the most rewarding parts of my job is the opportunity to recreate classic historic maps such as Capt. Matthew Flinders’ “Map of Terra Australis” from his voyages of the early 1800s around Australia. 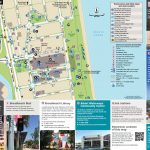 Dec 2017:   City of Gold Coast
The Broadbeach Mobility Map is the fourth one in a series of maps commissioned by the City of Gold Coast Council to aid in navigation of this popular region of Queensland by people of limited mobility, whether they are local residents or visitors. Features marked include accessible public toilets and car parking spaces, pedestrian crossings and ramps, public transport, beach access and formed pathways classified by gradient. 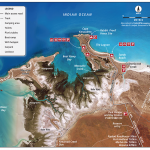 Mar 2017:   Shire of East Pilbara
The Pilbara is a remote and beautiful part of Western Australia best known for it’s iron ore mining, but it also has a lot to offer tourists. A series of maps were produced for use online, in brochures and for large signs at information bays around the Shire area. Part of the series was a photo-based map of the remote Cape Keraudren camping area. 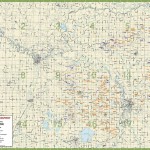 Oct 2015:   Milk Farm Location maps
A transport company ordered a series of custom maps showing the locations of their suppliers. Trucks need to make daily visits to these farms to collect milk and deliver it to various processing factories. Knowing where each farm is and who operates it is important geographic information easily displayed in a visual manner on a map.

Once the large wall map version was completed, 18 separate A4 maps were created with an indexed list of grid referenced farm locations for each. These smaller maps formed a portable map book that can be used by the truck drivers. 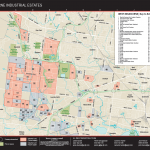 Jun 2015:   Property Map
This is a great example of how a map can display marketing information – in this case the current and future availability of industrial zoned property in Western Melbourne for the large commercial property agency, Jones Lang Lasalle (JLL).

The map was designed to fit with JLL’s corporate branding style and they wanted a map that would be attractive and easy to read. JLL will use this map to showcase various industrial estates to potential clients. They can see at a glance where the property is, who currently owns it and what surrounds it. 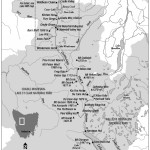 Feb 2015:   Overland Track, Tasmania
When Philippa Morton wanted to self publish the numerous hand-written accounts of her mother’s bushwalking experiences in the alpine regions of Tasmania, she required several maps to help illustrate the inspiring stories. 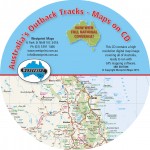 Jan 2015:   Australia’s Outback Tracks – 3rd Edition
Westprint Maps releases a new version of its premium digital mapping product. Many kilometres of new tracks, waypoints and other features have been added and updated to this national mapping coverage in typical Westprint Maps style.

Available on DVD or by download from Westprint Maps 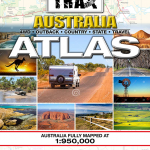 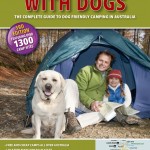 Oct 2014:  Bush Camping with Dogs
The 3rd edition of Australia’s best guide to camping with dogs is released by Flat Earth Mapping. Now in full colour throughout and finished with top quality flexi-bound covers for durability. Features more than 1,300 campsites in parks, reserves and forest across the country.

Check out the Facebook page for Bush Camping with Dogs for further information including sample pages from the book. 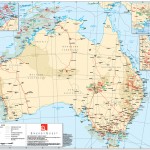 Feb 2013:  Oil and Gas Map of Australia & PNG
In conjunction with Adelaide energy industry consultants, EnergyQuest, we produced a large wall map of all current petroleum projects in the Australia and Papua New Guinea region.

The map was printed and published by Energy News Bulletin and distributed widely throughout the energy sector. 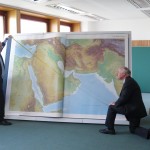 July 2012:  A copy of Earth Platinum is now permanently installed in the British Library where representatives from the Guinness Book of World Records took measurements to verify it is officially the largest World atlas ever published.

The dimensions of the opened book are approximately 2.8 x 1.8 metres and it sells for US $100,000. Only 31 copies will ever be made. See here for more information about the publisher.

April 2012:  LNG Projects Map of Australia
Flat Earth Mapping recently produced a wall map for client EnergyQuest, showing all current and proposed Liquified Natural Gas (LNG) projects in Australia and Papua New Guinea. It was launched at the Australian Petroleum Industry conference in Adelaide in May 2012.

September 2011:  Westprint Maps are now available as a set of high resolution digital maps for use on the iPad and iPhone in conjunction with the ‘Mud Maps’ app. See your location and track your route in real time. See all the Westprint maps on the Mud Map Store at www.mud-maps.com/maps

March 2011:  The all new 2nd edition of Bush Camping with Dogs is now available. Completely revised and now expanded, this book is the ultimate guide on where to camp while travelling anywhere in Australia with your dog. See www.flatearthmapping.com.au/bush-camping-dogs/ for further details.

June 2010:  The World Atlas wins the International Map Trade Association (Asia Pacific) Best Book Based Product and the Best Overall Cartographic Product during map awards held in Melbourne at the annual conference and trade show. Flat Earth Mapping worked on many of the maps in this atlas, published by Millennium House.

November 2009:  Earth Blue wins the best atlas award at the 24th International Cartographic Conference held in Santiago, Chile. Flat Earth Mapping (along with demap) helped design the workflow, create the specifications and manage the production of this beautiful book, which retails for $6,000 per copy. It is the first of several very large atlases published by Millennium House. See www.millenniumhouse.com.au/title-earth.html